What Event Organizers Can Steal From The Oscars

Every year the Oscars broadcasts to over 30 million households around the world. It brings in over $90 million in revenue, attracts the biggest names in the industry, and serves as a much revered badge of honor for attendees. But where did the Oscars come from? How did it become the international fixture that it is today? And most importantly, what lessons can the modern business event strategist steal?

First we’ll take a look at the general overview of the event. If you want to skip straight to the lessons that event professionals can steal from the Oscars, you can just click here.

The story of the Oscars is really the story of the Academy Awards, which in turn is the story of the Academy. It all started over dinner. Louis B. Mayer, studio chief at MGM, invited a number of guests over to discuss the creation of a group that would support the film industry. A week later, over another dinner—this one at the Los Angeles’ Ambassador Hotel—a contingent of 36 invitees who represented the different creative branches of the film industry (sound, direction, acting, etc.) were brought together to hear a proposal. Soon the International Academy of Motion Picture Arts and Sciences was founded.

The founding of the Academy via Britannica.com

Although the first Academy Awards Ceremony would not be held until two years later in 1929, the Academy lost no time in building a movement. They started sponsoring cinematography seminars and eventually lectures on sound techniques. Like any savvy content marketer would do, the Academy recycled content from these event series. They chose to do this in the form of books that summarized the key takeaways and contributions from programs. After two years of seminars, the buzz was built, the stage was set—it was time for the big event.

Kicking off the Oscars

On May 16, 1929, two hundred and seventy attendees gathered at the Roosevelt Hotel’s Blossom Room to eat dinner. Again, dinner was just the anchor point for something much bigger. The real draw of the evening was the First Annual Academy Awards. Only, the suspense wasn’t as high as one might expect. The winners of the awards had already been announced three months before, and there weren’t omnipresent cameras catching celebrities do the darndest things.

During the second year, the Academy decided to keep mums and ratchet up the suspense by not sharing the awards results with the general public beforehand. By this point, the event had gathered enough buzz that a Los Angeles radio station wanted to produce a live broadcast. It would be another 24 years before the first Academy Awards ceremony would be televised. 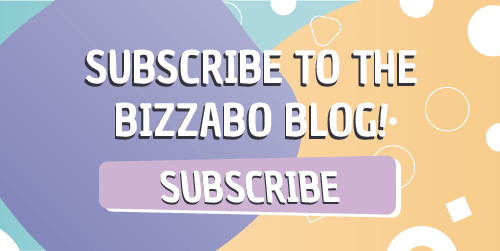 In between 1929 and 1953, the Academy established a permanent office, built out its movement with additional publications (including the screen Achievement Records Bulletin), and added numerous awards categories (including Film Editing, Music Scoring, and Special Effects) that in turn boosted the reach of the organization. The Academy Awards then moved its venue location to the Grauman’s Chinese theater, and relocated its offices to the Marquis theatre. The Grauman Chinese Theatre via Oscars.org

Because you’re probably wondering: the Oscar first appeared as a popular nickname for the award in the early 1930s. Apparently, the Academy Award librarian thought it resembled her Uncle Oscar. The phrase caught on and in 1939, the Academy officially recognized the nickname. Later, in 2012, the event rebranded to “The Oscars” in an effort to be more inclusive and less stuffy.

Bringing the awards to the people

For their debut on the television screen, the Academy Awards really capitalized on the medium. None other than acclaimed television icon Bob Hope hosted the proceedings, while an estimated 43 million viewers from the United States and Canada tuned in to watch. In contemporary event parlance, this was one heck of a large live stream. Facebook Live users would be jealous.

For what might be an event industry first, the Oscars were actually held from two separate venues on opposite coasts of the nation—at the exact same time. While Bob Hope was playing master of ceremonies at the RKO Pantages Theatre in Hollywood, the actor Conrad Nagel doled out the awards at the NBC International Theatre in New York City. But the TV hijinks didn’t stop there.

The 26th Academy Awards (1954) further capitalized on the medium. Shirley Booth, who was at the time appearing in a play in Philadelphia, presented the best actor award via a live broadcast cut-in. Knowing that he would not be able to attend, Gary Cooper filmed his presentation for best actress while on set in Mexico. Speaking of places that aren’t the US, it wasn’t until 1969 that the Oscars were first broadcasted across the world.

Today the Academy Awards is an entertainment empire. The event still attracts A-list talent (recent hosts include Chris Rock, Neil Patrick Harris, and Ellen DeGeneres), the awards themselves still serve as a revered (albeit sometimes controversial) status symbol, and the ceremony is still live broadcasted across the world. TV ratings for the show have been hit or miss (32 million for 2008 and 46 million for 2000), but the the Academy Awards has found other ways of securing itself as an integral part of cinematic culture. Today there is an Academy museum, which displays the history of the organization and the awards ceremony. The Academy’s National Film Informations Service stores and offers records of the occasion. There are now numerous Academy lecture programs, many of which are named after Academy luminaries and have featured such speakers as Jerry Lewis and Carl Sagan. There are a number of scholarships, including the Nicholl Fellowship in Screenwriting, and grants, like the Film Scholars grants that support the study of films. The Academy Awards (now Oscars) is so much more than just an awards show. 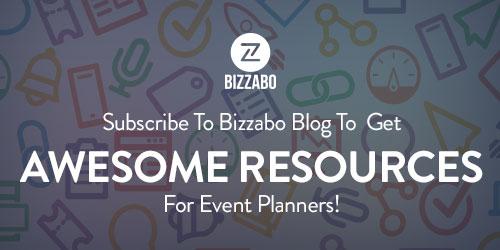 The Academy Awards is an institution. It’s a movement. It’s an empire. What can business event organizers glean from it’s path to success?

Lessons event organizers can steal from the Oscars

1. Fill a need. In 1927, there wasn’t an organization in the United States that was actively granting awards for cinematic achievements. Although the film industry was definitely on the rise, a small group of individuals realized there was tremendous potential in filling this need and building a movement.

2. Build a movement. The Oscars is much more than just the night of the awards show. It’s an institution. It’s seminars, conferences and events. It’s foundations, scholarships, and councils. Just like Hubspot created the inbound movement and CMI can be credited with building the content marketing movement, the Academy can be credited with the film appreciation movement. Look beyond the live event. What movement are you a part of or are you creating?

3. Bring on the publicity. When the academy awards had the opportunity to be covered by a radio station in 1929, they took it. When television use in America reached a threshold large enough to merit a television broadcast of the show, they did it. Publicity has taken on a whole new meaning in the age of social media. Build online and offline communities. Use features like Ticket Boost to increase the reach of your brand, get social.

4. Leverage technology. At every step of the way, the Oscars sought to get the most out of technology available to them. Not only did they welcome radio and television broadcasts, but they also used theses technologies to augment the power of their events e.g. the Shirley Booth live broadcast from Philly in 1954 (referenced above). Today, event software, virtual reality, and interactive presentations are all event tech waiting to be tapped into.

5. The right speaker makes all of the difference. Choosing Bob Hope to MC for the first televised broadcast of the Academy Awards in 1953 was a coup de grace. An all-star television star for an all-star televised event. Think of how you can find speakers that are perfect for your event. The answer isn’t always in your industry. Take for instance Content Marketing World. Actor Mark Hamill and writer Ta Nehisi Coates might not seem like the right fit for a content marketing conference at first glance, but they both had a lot to say about telling stories.

6. Brand power. Aside from a general theme of film appreciation, viewers across the Globe have an idea of what to expect from the event: a charismatic host, an evening of well-dressed celebrities, and of course, tiny golden statuettes. What sort of touches can you incorporate into your event to make it stand out?

7. Listen to your attendees: If people start calling your Academy Awards event the Oscars, there might be something there…

8. (Re)brand power. In 2012 at the 85th awards ceremony, the Academy rebranded the awards show to the Oscars to make them seem less stuffy. You heard that right, after 80 plus years of going by one name, the Oscars decided to go by another. If the data supports it, it’s never too late to rebrand your event.

9. Food is good. Dinner played a central role in the Academy’s origins and it continues to play a crucial role in the world of the Academy Awards ceremony that we know today. A little food and a little drink go a long way to bringing people together. Even if your main conference isn’t serving a dinner buffet, find ways to tie in meals. That could be lunches, snack breaks, or all post-event dinners.

10. Everybody loves competition. Even if you might not like participating in competition, you have to admit: it’s pretty fun to watch. Having awards at your event will increase engagement and involvement from your attendees. The Event Tech awards and the Cult’s The Gathering jump to mind as great examples.

11. In good time. The Academy Awards wasn’t an overnight success. The first event had 270 people. On top of that, the organizers thought it would be a good idea to announce the winning results three months in advance. To the modern day reader that might seem like a no-brainer, but hindsight is twenty-twenty. As the time passed, the vision of the Academy’s evolved. The same will be the case with any event. Be patient.

12. Have a Plan B (especially with envelopes). Remember what happened at Oscar’s 2017? We’re pretty sure that you are already very details-focused. But even the accounting firm behind the award announcements at the Oscars sometimes slips up. In the case that you do, it helps to have a Plan B so that you or your presenters don’t end up pulling a Warren Beaty…

For more event planning gold, click the button below:

PCMA 2022: What We Learned About the State of the Events Industry

The Top Event Planning Skills You Need to Succeed in 2022

As more variants crop up and event planners around the world wait for a return to in-person events, one thing...

40 Must-Attend Conferences for Event Planners in 2022

Want to grow as an event planner in 2022? Check out these 40 conferences for event planners that are dedicated to event...