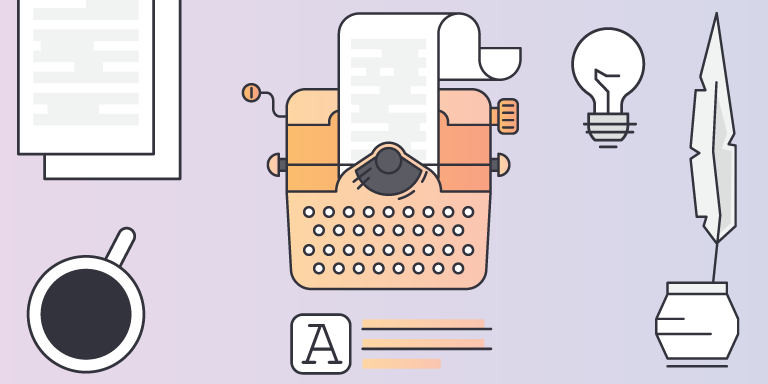 Learn about this year’s best virtual events hosted by leading publishers like the New York Times and The Atlantic to supercharge your next digital gathering.

With large, in-person events postponed or canceled, for the time being, many publishers have embraced virtual event production to take their events online. And because virtual events are one of the most accessible and scalable event types, they’re seeing a lot of success! Here’s a rundown of some hit virtual events publishers have executed in recent months, and what you can learn from them. The Atlantic published its first issue in 1857, and more than a century later, the national magazine has evolved into a multimedia company that publishes unique perspectives on current events from leading thinkers to a multi-platform publisher with a growing events brand.

In the midst of the pandemic, the company, which has previously hosted events including an Education Summit and Healthcare Forum, has shifted its focus to virtual events. In early July, it gathered a diverse group of experts and higher education leaders from public universities and historically black colleges and universities (HBCUs) for a virtual event on “The State of Higher Ed: Roadmap to Reopening.”

Sessions focused on the pandemic’s financial impact on higher education and how schools are planning for a hybrid learning environment with remote and in-person learning when they return in the fall. They also hosted a broader conversation about how colleges and universities can be more fair and sustainable for students across racial and socioeconomic backgrounds.

“For me, the conversation about reopening is simply not enough. Yes, it’s important to talk about class schedules, budgets, PPE and physical distancing, but beyond that, we cannot and must not accept a status quo that already left behind too many Americans,” said Allan Golston, president of the U.S. program at the Bill & Melinda Gates Foundation, which sponsored the event.

Key Takeaway: As an established brand, the Atlantic is using its cache to bring together well-known thought leaders — both within the pages of its magazine and virtually — to not only cover timely topics but to drive important conversations forward. What’s even better is that the company is also leveraging these relationships to drive sponsorship revenue. Forbes is known for its business coverage and popular lists like “The World’s Billionaires” and “30 and under 30,” but the company also has a longstanding events business.

For the last few years, the company has hosted a CIO Summit for technology leaders. Because of COVID-19 and events limitations being what they are, Forbes has transformed its 2020 CIO Summit into a virtual series focused on digital reinvention and how companies can adapt to a radically changing world. The first event in the series, Future-Proofing Businesses For An Era Of Uncertainty, covered how automation and agility have helped companies transition to the “biggest work-from-home experiment ever”  — all while remaining productive and resilient.

Key Takeaway: Though Forbes wasn’t able to provide the collegial, collaborative experience, and networking opportunities that come with an in-person conference. But doing a virtual CIO Summit allowed it to continue to engage this core audience with live and on-demand events containing valuable information and best practices that could help their careers and their organizations. And when they are able to host in-person events in the future, the success of their virtual events has paved the way for them to blend the two with creative hybrid event ideas. The New York Times launched its first food festival last year but had to sideline this year’s event until 2021.

Anyone who’s ever read Mark Bittman’s columns or baked a pandemic banana bread using a recipe from the Times’ cooking section understands the paper takes its food seriously.

Though there’s no food festival this year, the Times has continued to connect with foodies through several virtual events, including a “Happy Hour” event series that welcomes viewers for cocktails and conversations. On May 21, it held one such virtual event with contributor and Nigerian cookbook author Yewande Komolafe and assistant managing editor Sam Sifton.

Key Takeaway: Going virtual doesn’t require a massive technology effort. The YouTube-driven “Happy Hour” series has enabled the paper to give its 192,000 NYT Cooking Channel subscribers fresh food-related content — without a lot of heavy lifting — even though they’ll have to wait until next year’s festival to actually feel, touch and taste what the NYT Cooking brand has to offer. TechCrunch’s bread and butter is startup and technology news, but the company expanded its brand with last year’s launch of its ExtraCrunch subscription service, which offers readers exclusive content, products, and events. ExtraCrunch is designed to generate revenue for the brand, but for subscribers to feel they’re getting what they paid for they need exclusive content, which is why the company unveiled ExtraCrunch Live in April. The virtual event series gives subscribers access to content from tech’s top newsmakers and innovators, including Initialized Capital partners Garry Tan and Alexis Ohanian, who also co-founded Reddit.

Aside from ExtraCrunch, the TC team is partnering with Bizzabo to bring their Disrupt series to the virtual world.

Key Takeaway: The live Q&A event with Ohanian and Tan, in particular, illustrates TechCrunch’s standing in the industry. Not many companies can give their audience a chance to pepper industry heavyweights with questions during a private event, which proves that virtual events can provide the same level of connectedness and engagement that in-person experiences offer.

The Wall Street Journal is, arguably, the leader in business news coverage. The company has leveraged that reputation for years to host annual meetings for CEOs, summits, roundtables, and more.

In 2018, it launched its Future of Everything Festival, which brought together more than 100 speakers — from Honest Company co-founder Jessica Alba to then-Chicago mayor Rahm Emanuel — for a three-day event focused on topics like AI, equality, sports, and work.

This year, the festival has gone virtual with online programming spread out over several months. The series kicked off in April with an event focused on “The Future of Interaction.” The most recent event, which took place on July 9, covered “The Future of Equality.”

Key Takeaway: The Journal’s strategy is smart. It would be impossible to cover three days of programming at the same time online, given people’s short attention spans and Zoom fatigue. Instead, the company is giving readers an opportunity to digest this free content at their own pace. And even though accessing the content comes at no cost to readers, the paper is getting something much more valuable in return — data and qualified leads from attendees who register. The Financial Times (FT) has used the pandemic as an opportunity to create a flagship digital event, The Global Boardroom.

In just one month, the paper’s live events team pivoted and put on this global digital conference with 100 speakers and 52,000 attendees from 150 countries. The paper, which established its events business, Financial Times Live, in 2012, has previously organized several conferences focused on digital media, innovation, and other topics.

The Global Boardroom is divided into two editions (the first of which took place in May). The first edition of the virtual conference brought together leaders to discuss topics ranging from globalization’s impact on value chains to the importance of building resilient and inclusive economies. The event was so successful because it leveraged FT’s “convening power” and relationship with global leaders and decision-makers, according to Orson Francescone, managing director of FT Live.

Key Takeaway: With three tiers of paid access, the company has used The Global Boardroom to drive revenue, even though its live events business is currently at a standstill. Francescone points to a silver lining that many companies may realize when they launch their own virtual conference.

“I don’t see the same level of pricing power we are able to charge for physical events… but we now have unlimited inventory and seats in our virtual conference rooms. We can sell infinite tickets to a global audience. That is pretty powerful. Revolutionary, even,” Francescone said in a recent interview.

Even before the pandemic, the Washington Post had a hybrid events strategy that included both virtual and live events. That effort has ramped into overdrive and the paper is now doing four to five events a week that attracts 50,000 to 75,000 viewers each.

One of those events includes a new series called “The Path Forward”, where reporters interview leaders in different industries to discuss how the pandemic is affecting them and what they see as the path forward to get to a new normal.

The paper has smartly broken up the 30-minute live interviews into bite-sized videos focused on different topics that viewers can engage with on-demand if they can’t attend the event live. Kris Coratti, vice president of communications for The Washington Post and head of its live events business, said in a recent podcast interview that these kinds of virtual events are designed to serve as an extension of the Post’s news brand, “convening people to experience that reporting unfolding live,” she said.

Key Takeaway: By focusing on high-level guests, the Post essentially already has a built-in audience who is interested in what these newsmakers have to say, which may be why thousands of people are tuning in each week to the Path Forward and other virtual events.

Missed our #BloombergBreakaway virtual event? @Unilever CEO @alanjope spoke with @BW‘s @carolmassar about their supply chain, how they were able to pivot so quickly when the COVID-19 lockdowns began and making “local for local.” Watch on demand here: https://t.co/qDAGyqfAPk pic.twitter.com/xRSuM9zNpr

Bloomberg has hosted 17 virtual events since March. Similar to the Wall Street and Financial Times, the company has capitalized on its reputation in the business community to convene CEO and business titans and attract an audience to its virtual events.

One example: The Bloomberg Breakaway CEO Town Hall series, which the company launched on May 1. The event featured Richard Edelman, president and CEO of the global communications firm Edelman, Alan Jope, CEO of Unilever, Carol Massar, co-anchor of Bloomberg Businessweek Bloomberg Television and Radio, and Judy Smith, founder and president of Smith & Company (and the real-life inspiration for Scandal’s Olivia Pope). These business leaders shared advice and strategies for how other CEOs could lead their companies through this unprecedented time.

Key Takeaway: With this virtual event and others in the series, Bloomberg has essentially created an exclusive online club for CEOs that extends the offerings of its Bloomberg Breakaway brand, a network the company has created for CEO and business leaders at fast-growing companies. Other companies who have built existing online communities can use the same tactic to fill their virtual event pipeline.

Wrapping Up: What You Can Learn from These Publishers

These publishers demonstrate how to successfully pivot when live events are no longer an option. However, by doing so, they’ve laid the groundwork for an effective hybrid events strategy once in-person events can resume safely.

From the New York Times to Bloomberg, these companies are leveraging their convening power to bring together the best and brightest minds in the country and are using virtual event ideas as an extension of their news brand to connect with and further their target audience. Though these efforts emerged or ramped up because of the crisis, these publishers are proving that sometimes companies do their best work under fire. 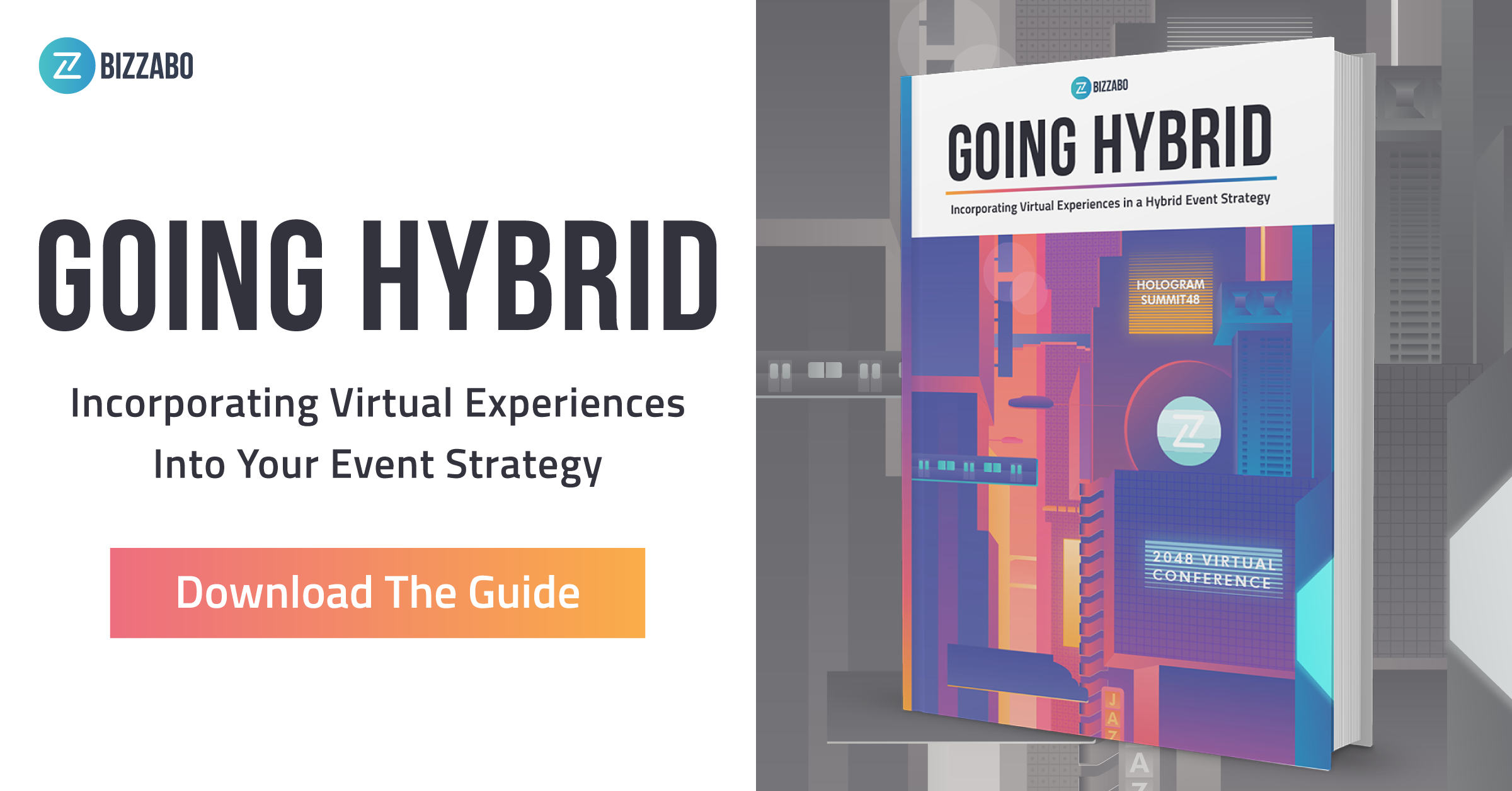