Event Heroes: How One Journalist Is Uniting the European Tech Scene 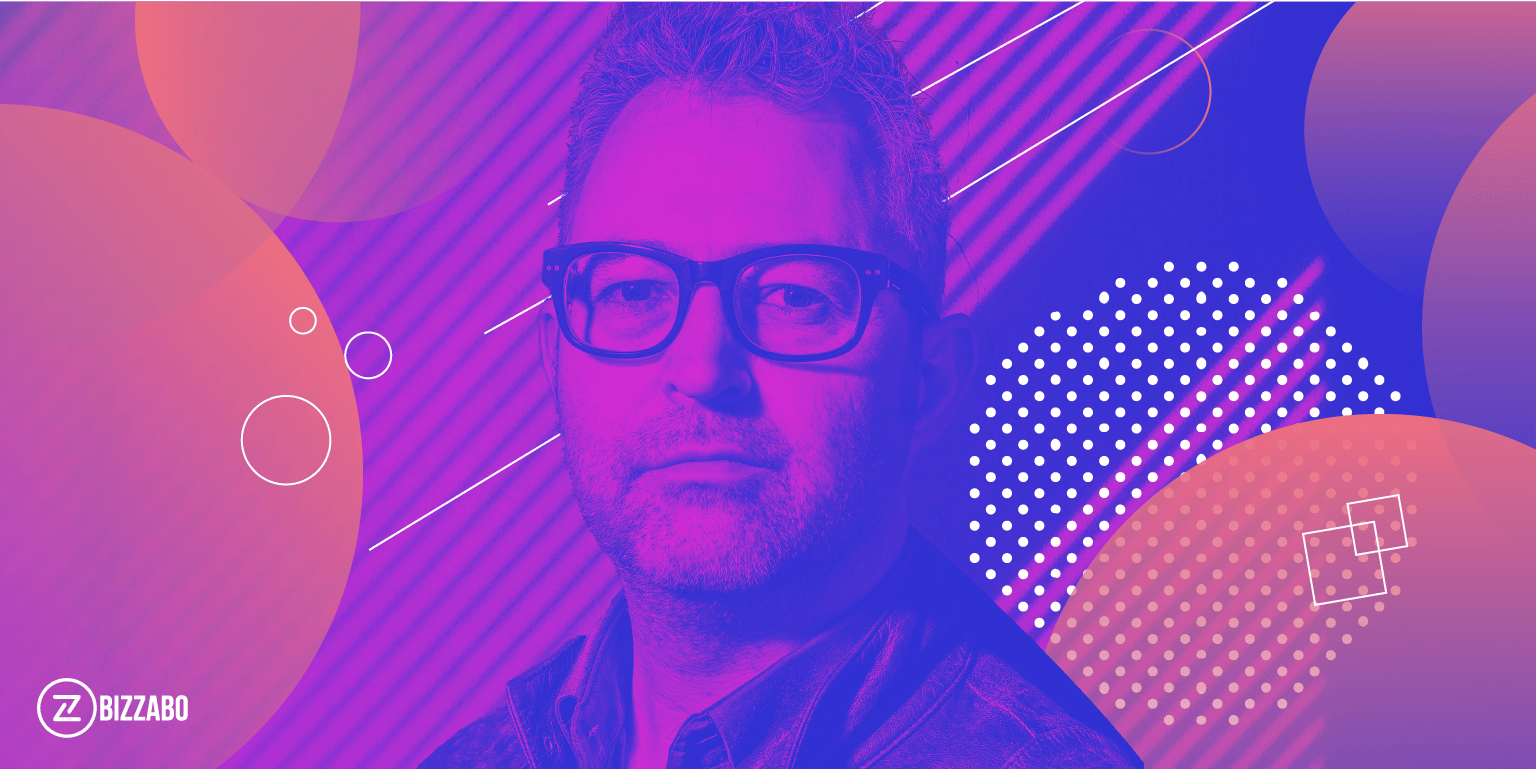 Each month we interview an events professional who is breaking the mold. This month we spoke with Mike Butcher—Founder of The Europas—about building a community with events, fostering a diverse and inclusive event atmosphere, pitching sponsors and more.

Spotify, Soundcloud, Fanduel, Zendesk—these are but a handful of the tech companies that were first launched into headlines by The Europas. Part-conference, part-awards show, The Europas is a gathering of over 500 key players and experts from the European tech scene and beyond. It has been a community fixture for over 19 years and it would not exist without the help of one journalist.

Mike Butcher founded The Europas in 2009. Before turning to events, he started his career in journalism and broadcasting. Butcher has been named one of the most influential people in European technology by various publications, has co-founded the non-profit Techfugees and has advised the UK government on tech startup policy.

In this Event Heroes interview, we discuss:

Note: This interview has been edited and shortened for clarity.

Mike: Well, I was a young man in the 1990s looking at trying to break into journalism, and I’d been working on some just general magazines and newspapers, local newspapers, just doing small-time little journalism jobs, trying to get into the industry. I started reading about this thing called the internet. I then began writing about telecommunications and the early days of the world wide web.

Later, I end up editing internet magazines and writing for newspapers in the late 1990s early 2000s, so I definitely got the tech bug!

Around 2005, I heard about this company called TechCrunch, and I started freelancing with them. So then I got the bug for startups! Prior to then, it was quite difficult to create a technology company. You needed lots of money and servers. Then, with the creation of AWS and the availability of open-source software and cloud services, it was much easier for people to start up.

They wanted to find their community, and the best way of finding that community was through events.

At the time, TechCrunch wasn’t running any events in Europe, and I thought I should do something a little “Mike Butcher” style. The first event was called “Geek ‘n Rolla.” We did one in 2007 and one in 2008. I didn’t really have a business for it. It was just basically a lot of fun!

But then I realized that the European technology startup scene didn’t have an awards ceremony to celebrate European startups. So I created The Europas to be a little like “the Oscars” for the European internet tech scene. Mike Butcher presenting an award to ZenDesk at the first Europas.

Brandon: From 2009 to today, what are some of the biggest ways that The Europas has changed?

Mike: Okay. Well, initially, the first Europas was basically in a bar! We did some online voting, and we would get the industry to vote, and then we would hand out awards based on that. And the whole point was that it was the industry recognizing its peers.

I gradually realized that there were lots of really good people coming to London for the event. I thought: “If we’re getting all of these great people to come, maybe we should do a conference?” So we added a daytime conference to the event and moved the awards to the evening.

While The Europas has become something bigger and more polished, it’s still a fun, lighthearted place where people can bond.

Brandon: The Europas has garnered a reputation for gender diversity and diversity across the board. What steps have you taken to craft such a diverse and inclusive atmosphere?


Mike: In recent years there’s been a lot more awareness that the tech industry should be improving its diversity. People have tried various ways of doing that, but you really have to do something more like a ‘step change’ to make a difference.

We created what we call a Diversity Pass. It’s a very simple application form aimed at women and people from minority backgrounds, particularly those who are university students and seed or pre-seed stage founders. The goal is to provide these attendees with an opportunity to meet high-profile people who they might not ordinarily meet due to the fact that ticket prices for some of these events are often quite high. We’ve had really great feedback on this approach!

I also work closely with a fellow journalist and the Editor for The Europas, Dianne See Morrison, to make sure that panels and discussions are diverse, both on gender lines and otherwise.

Something that I think is often forgotten is that diversity brings strength and innovation. The more diverse the event, the more diverse the organization — you actually end up with better companies, and better products. That’s pretty much accepted now. So why not make sure it happens?

Brandon: What sort of steps do you take to promote your event or attract the right audience?

Mike: We’re not trying to be a huge event. It’s more about creating a community and bringing them together. For promotion, we don’t really do the huge mass mailings. We’re very much quite reliant on word-of-mouth. I think that’s one of the things I like about the Bizzabo platform is that it has this interesting virality built into it to allow events to go much more viral inside people’s spheres of influence.

One of the problems with a lot of event platforms is that you get an event page signup and a link, and sure, you can share it on Twitter and Facebook, but that’s about it. Whereas I think Bizzabo’s thought quite cleverly and deeply about incentivizing attendees to share things.

Other than that, our own strategy is to share within select groups to target people. We are much more interested in quality rather than quantity, and we’re very into “human-hand curation” of the whole experience.

Brandon: From Barclays to Bayer to a slew of tech companies, The Europas features an impressive array of sponsors. Could you tell us a little about how you pitch sponsors and other partners?

Mike: We really try to work with sponsors to achieve their goals, while at the same time, maintaining editorial independence. A lot of these sponsors don’t just want to have a sponsor sticker slapped onto an event. They want to do something that has a real conversational element to it.

We sometimes include sponsors in panel discussions, provided that they can provide an expert on a given subject. Then, with the awards show itself, we have a sponsor that gives out awards for categories that are relevant to a sponsor’s sector or industry.

Brandon: What do you think is one of the biggest achievements of The Europas and the event community that you’ve created?

Mike: The main thing is that we made it about Europe. At the time when I started it, everyone was obsessed with Silicon Valley, and I think the point about The Europas was celebrating European success in technology. We created a vehicle where Europeans could come to London and see how great London was as a place to create startups.

What we’ve tried to do over the years is to identify some of the hottest companies coming out of Europe.

We were one of the first to recognize SoundCloud and Spotify among other innovative companies.

Brandon: I understand that you’re also working on another event series—The Pathfounder. At the moment, it’s still in its early stages, but what can you tell us about it? How has it evolved out of your work with The Europas?

Mike: Well, The Europas is principally an awards show for the European startup scene. The Pathfounder is more about emerging tech. Basically, what’s around the corner? For everyone, not just startups. I’ve realized that there’s a disparity between new technologies and the average decision-maker. They don’t necessarily know what’s going on because the pace of change now is so quick, so fast.

We decided to curate this much more intimate series of events aimed at people who really need a deep level download on a subject. It’s not a mass conference, but a place where the conversations are more intimate. There are interesting deep-dives a curated set of attendees and speakers without needing to wade through thousands and thousands of people.

Brandon: How do you stay inspired and keep your creative instincts fresh?

Mike: I read the news. I see what’s going on in the world, keep myself informed. If I see problems going on, I like to get in there and fix them.

I think events are a fantastic vehicle to try and maybe not fix, but at least certainly address a few issues going on.

The Europas was about fixing the fact that the European startup scene wasn’t celebrating itself as much as it could. The Pathfounder is about fixing the problem that emerging technology happens so quickly today that what we really want to do is sit down with a handful of really smart people and talk it over.

Brandon: Outside of The Europas and The Pathfounder you’re taking this same events-based approach to address other issues. One initiative that stands out is Techfugees. Could you tell us a little about the organization and your role in it?

Mike: In 2015, when the refugee crisis hit we saw some terrible images on our television screens. I thought, “It’s the 21st century, this shouldn’t be happening.” So I co-founded the Techfugees event series to bring the technology community together. The goal was to start a conversation on how tech can be used to help refugees, NGOs, and refugee charities. It started as a Facebook group that quickly grew from 100 to 500 to over 1,000 members. It really took off in a viral manner and we ended up getting covered on Sky News, Bloomberg, CNN, and Wired Magazine.

We now have a Techfugees community around the world, and a lot of them have spoken to their own local needs.

Brandon: What’s one piece of advice you’d give someone who is looking to stage an event like The Europas?

Mike: I think identifying the enthusiasts for a given subject is job one. Whenever I do something, I always try and build a team of people around me who are enthusiastic about the issues, and become great fellow travelers and partners, and often friends as well. And finding those people is job one, really.

Also, identifying the right speakers is critical. There are people out there who aren’t even natural speakers, but they’re very good at what they do. It can be a strange joy, in a way, to program events with really amazing speakers who don’t necessarily get the recognition that they deserve.

Brandon: Going into 2019 are there any particular trends that you think will play a big role?

Mike: It’s hard to predict. We live in a very chaotic world. I don’t want to sound too self-regarding, but the main thing is to maintain your values. Your values are important.

That’s all for this spotlight, but you may be interested in checking out these other Event Heroes:

In 2023, anything is possible in the events industry. To zero in on what we can expect — from event technology predictions...

LinkedIn is where event professionals gather and share their experiences, deliver hot takes, build connections, and create lasting relationships with...

Even the most talented and seasoned professionals should prioritize sharpening their event planning skills.  Savvy event organizers are committed to...