12 Imaginative Events and Activations from Disney 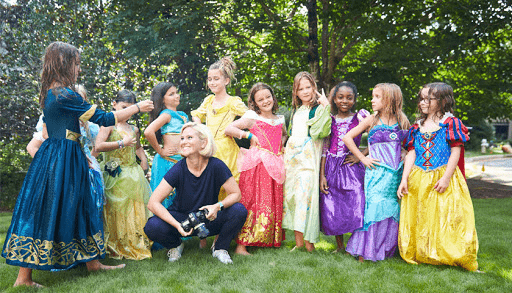 Learn how the Walt Disney Company produces top-notch events and marketing activations in various cities around the world.

Disney is one of the most recognizable brands on the planet. From its iconic characters like Anna from Frozen to its out of this world physical attractions like Disneyland, the “House of Mouse”, as it’s known, has forever made its mark on pop culture.

But Disney wasn’t always the entertainment powerhouse that it is today. Before the Beauty and the Beast and the Lion King movies came out, and even before it acquired Pixar and Marvel and Star Wars, Disney was just a small cartoon studio. Then, through the power of imagination, Disney exploded. Today it reaches millions of people around the world with its stories.

As it turns out, Disney puts just as much imagination into the events it hosts as the movies it releases. Keep reading to learn how you can improve your event strategy using tried and true Disney principles.

Disney Live is an event series that brings beloved Disney characters to life in various cities around the world. Folks can attend traveling Broadway shows like Aladdin, performances on ice like Worlds of Enchantment, and see their favorite superheroes defend the world against evil in Marvel Universe Live. Each Disney Live event is well-produced and a ton of fun — exactly what you’d expect from a leading entertainment company like Disney!

Key Takeaway: An event series is a great way to reach more of your target market and boost event ROI. If your audience doesn’t have to travel long distances, they’ll be more likely to attend your gatherings. Plus, hosting the same event in multiple locations is more cost-effective than hosting a series of stand-alone get-togethers because you can reuse curriculum, speeches, etc. at each stop rather than creating new material over and over again.

Disney After Dark is a special event that happens at Disneyland resorts a few times a year. Each one has a different theme and provides different experiences. For example, the PIXAR night, which will take place on March 5th, 2020, will allow ticket holders into Disneyland after hours to meet with PIXAR characters, eat special food, buy limited-release merchandise, and participate in interactive entertainment options.

Key Takeaway: Entry to Disney After Dark requires a special ticket — even if you’ve already purchased a traditional day pass to Disneyland. This is a great strategy that you should keep in mind for your own gatherings. First, think about ways that you can elevate the attendee experience. Then, consider selling upgraded tickets that allow some folks special access. You’ll make more money with this tactic and you’ll give your events an air of exclusivity, which may improve your event branding.

The History Channel is one of the many companies that Disney owns. In 2020, the History Channel will host the first-ever HistoryCon, a “fun-filled, three-day event that features exclusive panels and Q&As with the stars of your favorite HISTORY shows, interactive exhibits and inspiring conversations with historians, authors and experts, and an expansive marketplace.” For those who love history and are fans of The Curse of Oak Island, the Hardcore History podcast, and American Pickers, this is sure to be an excellent event.

Key Takeaway: If you only get one thing right about your next event, make sure it’s the speakers. Having the right folks speak to your audience is absolutely essential. Now, you don’t necessarily need to book celebrities and TV show personalities like HistoryCon has. But you do need to partner with recognizable names that your target audience both respects and will be excited to hear from. A few years ago, Disney received criticism for the “princess culture” it created. Some folks believed that the princesses in Disney movies were poor role models due to the outdated character traits their creators had given them. In response, Disney launched the #DreamBigPrincess campaign, which contracted 19 different female photographers from 15 different countries to “create a series of powerful images showcasing real-world girls and women” and inspire people everywhere. Disney also donated money to charity every time the photos were shared on social media.

Key Takeaway: This marketing activation is a great example of a company confronting its critics in a positive way. Rather than fold under the pressure, Disney launched a campaign that aimed to remedy what some in its fanbase deemed unacceptable. When you host an event, you have the same opportunity. The leaders at your company can take the stage and directly address customers’ concerns, add transparency to your brand’s value system, and improve overall public relations.

5. Disney in the West End Disney in the West End was a six-week pop-up event that took place in the summer of 2019 in London, England. Its purpose was to promote Disney-themed plays in the area including Aladdin, The Lion King, and Mary Poppins. Folks who attended were able to check out the “Circle of Life” VR experience, have a blast in the “Cave of Wonders” arcade, and meet cast members from the shows. Oh, and did we mention that it was all free? All in all, Disney in the West End was an excellent display of experiential marketing.

Key Takeaway: If you’re looking for new and interesting corporate event ideas, consider hosting a free gathering for your target market. This will ensure that more people will be able to attend, extending your company’s reach. It will also endear your organization to its customers because who doesn’t want to receive free stuff? The answer: pretty much no one.

How long does it take for an average person to finish a half marathon?

runDisney is a series of running events that happen at Disney theme parks around the world. Athletes get to traverse a scenic route through a Disney resort, pose with characters from their favorite movies and TV shows, and win collectible medals as well as other prizes. Interested in participating but worried that you won’t be able to complete a full 5k, 10k, or half marathon? Disney provides training programs, created by former Olympian Jeff Galloway, to make sure you’re up to the task.

Key Takeaway: Anybody can plan a race, just like anybody can plan a conference or training seminar. What will separate your events from the many other happening every week, is whether or not you can turn your event into a true, unforgettable experience. Because Disney hosts its running events in one-of-a-kind locations and gives participants fun prizes, its races become more than the average half marathon. Look to elevate your own gatherings by turning them into experiences that won’t be easily forgotten. Lifetime, the creator of your favorite cheesy Christmas movies, is another brand under the Disney umbrella. In 2019, the cable station produced an eight-part event series called My Great Big Lifetime Wedding With David Tutera. The premise of the show was simple: eight couples were chosen to work with legendary wedding planner, David Tutera, on their dream wedding. The process was filmed each week and each episode culminated in a beautiful nuptial ceremony.

Key Takeaway:My Great Big Lifetime Wedding With David Tutera reminds us that recording your live events is a worthwhile endeavor. The footage can be cut up and used to promote future conferences, bundled and sold to folks who couldn’t make the live gathering, or released for free in exchange for contact information. The content you create with your events is valuable. We encourage you to squeeze every bit of juice out of it! We hope you’re learning a lot about Disney and its business philosophies in this article. But if you really want to know how the company operates, you should attend a Disney Institute summit and learn from the organization’s head honchos themselves. The Customer Experience Summit takes place at the Walt Disney World Resort in Orlando, FL and features professional development from Disney executives as well as amazing networking opportunities.

Key Takeaway: Disney Institute has an intriguing alumni program that allows attendees of past summits to score discounted tickets to future events and home study programs. This is a great B2B event marketing tactic! Consider implementing your own alumni program. If you do, we’re confident that you’ll see attendance rise at your events. The ESPY Awards is the sports world’s version of the Oscars. The best athletes on the planet get dressed up and walk the red carpet in LA, then attend an awards ceremony that honors exceptional athletic performances and achievements from the previous year. The event is run by and broadcasted on ABC, a company owned by Disney.

Key Takeaway: It’s important to reward your tribe, both internal and external. How can you show your events team that you appreciate their hard work? Similarly, how can you convey to your company’s customers that you value their business? In both circumstances, you could host an award ceremony of sorts to shine a light on your top employees and customers. San Diego Comic-Con is a big deal. Every summer, thousands of comic book, superhero, and pop culture fans congregate in sunny Southern California for a massive convention. Disney knows this and always takes the opportunity to meet with fans, leak details about upcoming projects, and join in on the fun festivities.

Key Takeaway: Just to be clear, Disney does NOT own or run San Diego Comic-Con. They do, however, participate every year. Are there events happening in your industry that serve your audience? Why not attend and connect with your target audience? You can rent a booth, agree to give a keynote speech, or just show up and mingle. Whatever you decide to do, it’s never a bad idea to support your industry and get face time with your potential customers.

11. Beauty and the Beast on Spotify

In 2017, Disney released a live-action remake of Beauty and the Beast. To help promote the movie, Disney partnered with Spotify to create an interactive ad campaign on the audio streaming platform. Spotify users were shown video ads that directed them to a Beauty and the Beast-themed microsite. The Spotify platform then analyzed each user’s musical preferences based on their personal streaming data and linked them to a specific Disney playlist.

Key Takeaway: Here’s the truth: you don’t have to plan every event your company hosts by yourself. Take a load off and partner with a like-minded, non-competing brand to help shoulder event hosting duties and promote the event. It will be much easier on you and your team and you’ll reach more people using this strategy. Disney Meeting and Events isn’t an actual event; it’s the event planning arm of the Walt Disney Company and it can help you host a one-of-a-kind gathering. Those who partner with Disney Meetings, get access to incredible event locations, top catering and entertainment options, and exclusive content.

Key Takeaway: If you’ve become an expert at hosting stellar events, why not monetize your expertise and help other brands host better get-togethers? This idea might not be right for all organizations, but for companies in need of additional revenue streams, it’s worth consideration.

It’s pretty obvious that Disney knows how to host a stellar event. Fortunately, now you do too! If you implement each of the takeaways listed above, your event marketing efforts will improve, guaranteed. Here are the main points we discussed in this article:

Don’t forget to invest in event software before your next big get-together. It will help you organize all the little details and ensure your gathering goes off without a hitch! 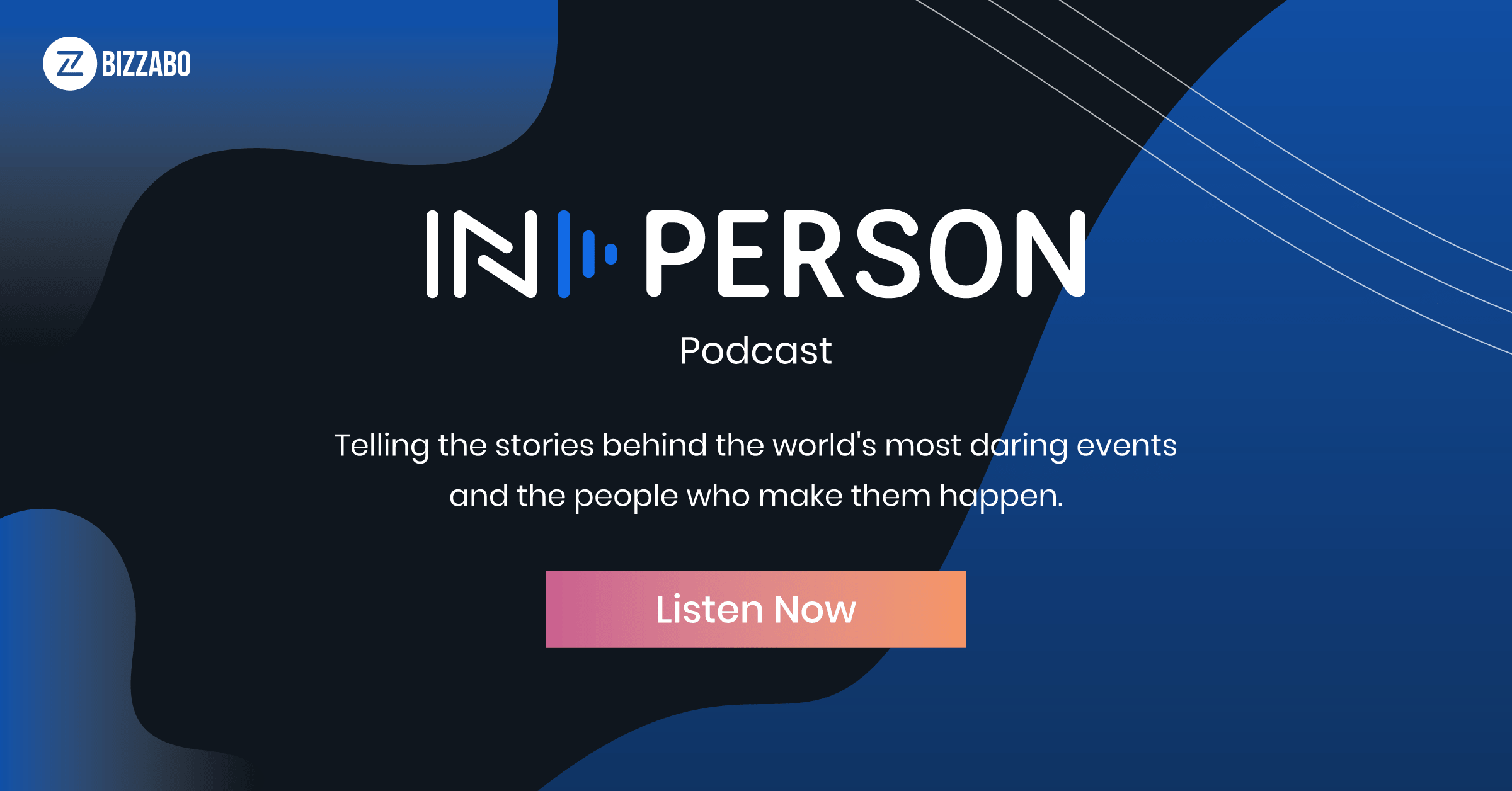 Event Technology: The Ultimate Guide for 2023

Event Strategy: The Guide for 2023 and Beyond

Event professionals have a million things on their plates at any time. They’re determining event goals, mapping out a...

A Guide to Event Ticket Pricing Strategies for In-person, Virtual, and Hybrid Events

Ticket prices can have a profound effect on the success of your events. When you strike the perfect balance between...