How Personio leverages Bizzabo to bring 1,800 employees together for team-building, recognition, and fun

Learn how Personio brought its entire team together — even those who couldn’t make it to Germany — to celebrate wins, build connections, and re-energize employees for the second half of the year.

Personio makes HR technology for businesses with 10 to 2,000 employees. Headquartered in Munich, Germany, Personio has 1,800 employees working across seven offices in five European countries. The company has raised nearly $725 million and is valued at $8.5 billion.

Missing the power of in-person connection

As a distributed company with offices across Europe, Personio aims to bring its entire team together to connect in person once a year. The company, which had doubled in size since the last time they got together, is office-led and remote-friendly.

To strengthen team bonds, give back to the community, and build excitement for the rest of the year, Personio began planning the company’s All Company Culture Week 22 (ACCW22) — a five-day event held in Munich in August 2022.

While planning the event, the team knew that everyone wouldn’t be able to make the trek to Germany. Some folks might have to care for children, elderly parents, or animals, while others might not be ready to attend events in person due to the ongoing pandemic.

“We wanted to help bring people together in the best way we could given their circumstances,” said Holly Smith, Diversity, Equity, and Inclusion Partner at Personio. “We wanted to be as inclusive as possible.”

To this end, Personio decided it would be best to embrace the hybrid format for ACCW22, with some folks attending in person and others attending virtually.

“Ultimately, we wanted to create the same experience for virtual and in-person attendees,” Smith said.

In 2021, the Personio marketing team had researched event management solutions for its events. After analyzing many different platforms and considering solutions that team members had used before, the team chose Bizzabo as its partner for all external events. That year, it held a digital event with 10,000 customers.

In an effort to be both economical and streamline internal processes by limiting the number of new tools in the organization, Personio also decided to use Bizzabo for internal events.

With Bizzabo, the Personio team ensured that both in-person and virtual audiences had strong experiences. Although they didn’t focus too much on a potential hybrid component of connecting virtual attendees with in-person attendees, the team did their best to mirror both groups’ experiences.

“When designing ACCW22, we wanted to ensure we considered all aspects of the program from both an in-person and a virtual point of view,” said Smith. “We decided this year not to focus too much on the hybrid connections. I believe when you try to connect the two groups, the in-person people always feel like the virtual people are missing out on the atmosphere and experience, and the virtual attendees always think the in-person folks aren’t having a good time.”

Rather than trying to connect disparate audiences, Smith did her best to deliver equitable experiences to each audience during the event.

“Instead of trying to force the same experience, we wanted to ensure they had the same outcomes,” said Smith.

Bringing the entire team together for a shared experience

With Bizzabo powering ACCW22, the event went smoothly and was well-received by the team. According to data from a feedback survey sent out after the event, 92% of attendees rated the overall experience favorably.

Of the 1,800 people invited to the event, 200 participated virtually. Using Bizzabo’s virtual event venue made it easy to connect both audiences to the event and allow them to interact with one another.

For example, one day of ACCW22 was dedicated to company values, and employees broke up into groups and spent the day exploring Personio’s core values. Rather than trying to create a hybrid experience, Smith decided to put the entire values workshop online, with employees interacting in the virtual venue.

“It wasn’t sharing between the two groups; it was allowing both in-person and virtual guests to have their own experience.”

Although most of ACCW22 was interactive, there were times when the audience was simply listening to what the leadership team had to say and digesting the information.

“We tried to connect employees during these sessions by using the chat features, reactions, and emojis,” said Smith. “Even while leadership gave a presentation, we used polls and surveys. Whether in-person or online, people were typing away.”

One of the main challenges Smith had to solve when planning ACCW22 was determining who was attending in person and who wasn’t, what people’s food allergies were, and other data.

“We needed all the important information about attendees to ensure they had the best experience.”

Thanks to Bizzabo, Smith could easily build an event website — “no coding skills necessary, very cool” — where employees could find all relevant information about ACCW22 and input their registration information. This made it easy for Smith to collect the data she needed and easily communicate with employees about the event.

According to the feedback survey, 76% of employees rated the website and app favorably, which Smith said was “higher than expected” considering the lack of training and communications before the event due to short time frames.

Using the Bizzabo app, checking in employees for registration onsite was a breeze. At the same time, the app let Smith send push notifications to all employees.

“The app really made the event run seamlessly,” she said.

“He knew I was a team of one and was making sure I felt comfortable with the tool and understood all the benefits,” she said.

A week before ACCW22 began, Bizzabo launched the virtual event venue. Due to the trust Smith had built with Blum, she was sold on using the virtual venue per his recommendation.

“David’s strong communication helped me leverage the product to the best of its abilities,” Smith said. “He was like having another arm. I couldn’t have done it without him.”

Thanks to Bizzabo, all the event content was instantly available after the session as a download or an on-demand stream. This enabled Personio to easily repurpose event content while allowing employees to watch it again.

“It was well-received across the organization. We already use some content as part of our onboarding.”

Looking ahead, Personio plans to use Bizzabo for its 2022 end-of-year event, and the company plans to have five events running simultaneously in five different offices.

“We’ll be utilizing the app to communicate with each other and create a community across the offices,” Smith said.

If you’re looking for an event management solution, Smith encourages you to try Bizzabo. To get the most out of it, she recommends trusting the experts and not being afraid to ask for support.

“That way, you can utilize the product to the best of its abilities,” Smith said. “Leverage Bizzabo’s partnership to help create the best experience for attendees, whether in person or virtual.”

How Degreed leverages Bizzabo to host 100+ events every year 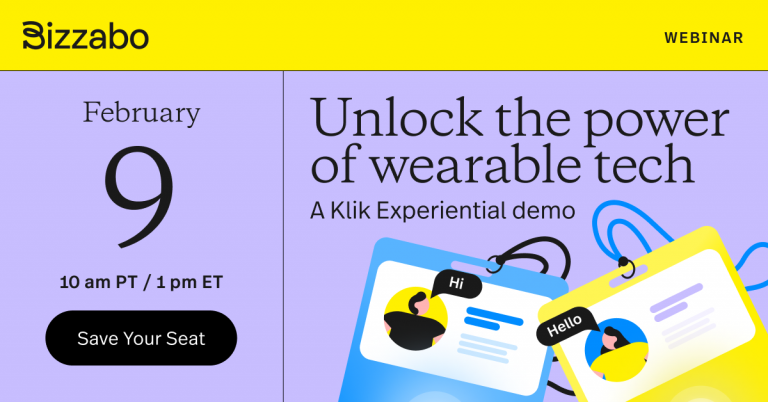